With the rapid development and application of solar energy, some people proposed the idea of using solar panels instead of traditional asphalt to build solar roads. For this reason, Wattway in France also took action and built a solar road. This solar road is called Wattway and is located in Normandy in northern France. , With a total length of 1 km, covered with 2,800 photovoltaic panels. Regardless of its small area, the cost is extremely high. The cost per piece is as high as 7,000 US dollars, and the total cost is 5 million euros. It was built by the French civil engineering company Colas and was called the “road to the future” by the media. However, in less than three years, this road to the future has proved to be a costly failure. Solar energy and roads together are a disaster. Now the world’s first solar road has officially collapsed! 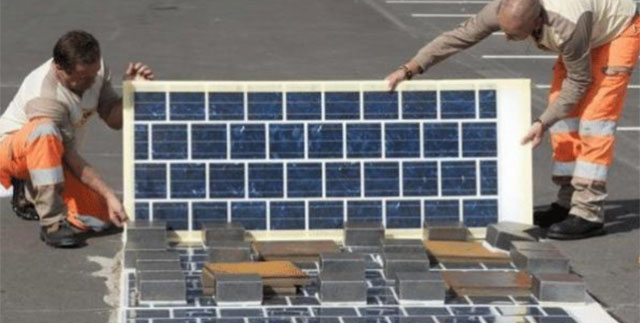 The choice of solar smart light poles is different. NOMO solar multi-functional smart light poles are used as the basic carrier of lighting. They use solar clean energy for power supply, and can also be equipped with city electricity. This not only saves energy, but also reduces the occupation of urban land and promotes resources. At the same time, the smart light pole also has the functions of camera, display screen, wireless network, broadcasting, charging, parking fee, weather station, air quality monitoring, etc., taking into account the needs of environmental protection. The integrated utilization of multiple resources on smart light poles enriches people’s imagination of future smart cities. So now as long as smart light poles are installed on the streets, they are very popular with passers-by and greatly increase people’s happiness index. New urban construction improves the relationship between people and the city by upgrading hardware facilities. The main body of a city is people, and sustainable development is the direction of urban construction. It is an important “wisdom” of urban construction to promote the green development of the city through scientific and technological means, thereby enhancing the happiness of residents. One of the important reasons why smart infrastructure such as smart light poles can be promoted is that refined management is becoming a universal requirement for urban governance. So choosing NOMO solar smart light pole will provide more convenience to your city.